Don’t you know about the word? Well, the Meandering Mouse knows that you can’t “end the word” 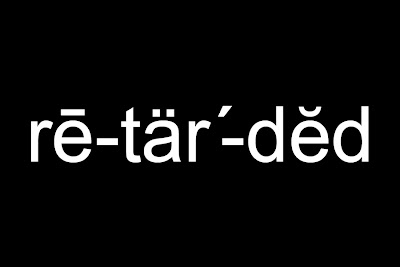 In the past few years, a movement has arisen to excise the word “retarded” from the English language. On websites called “Spread the Word to End the Word”, activists fight against what they call the “R-word,” pleading with us never to use it lest it hurt the feelings of the developmentally disabled.

This movement is, no doubt, coming from a good place in the heart.

It is also futile.

Protesting against “retarded” (and its little brothers, “retard” and the suffix “-tard”) at this point is like…well, I hate to resort to a cliché, but it’s like closing the barn door after the horse has run away and sired enough descendants to fill the Queen’s stables.

“Retarded” does not mean now what it did decades ago. If you don’t believe me, let’s take a look at three other words which have changed meanings: “moron,” "imbecile," and “idiot.”

(Aside: I shudder at the horror of having an IQ of 0.)

In the decades between then and now, “idiot,” “imbecile,” and “moron” drifted out of the psychologist’s office and into the dictionary of pure insult. That process has already happened with “retarded.” I can’t think of any well-regarded psychological professional who still uses “retarded.” We use better, more accurate terms like “developmentally disabled” and “mentally challenged.”

If you can’t tell the difference between screaming at a developmentally disabled five-year-old, “Shut up, you little retard!” and saying about a temperamental Xerox machine, “That printer went full retard today,” you need to brush up on your critical thinking skills.

If someone directly insults your child with the word “retarded,” deal with it appropriately. If someone uses “retarded” in a context that has nothing to do with your child, let it go.

Just let “retarded” (and its little brothers) go in your own mind the way it’s already run away in real life.

It’s a word, after all, not a bullet. 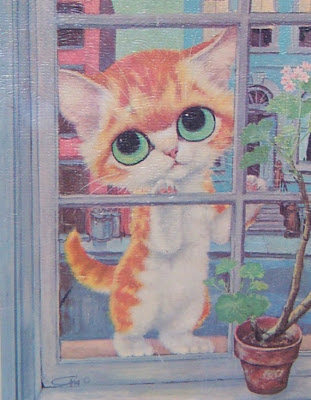 I like being grateful for the blessings in my life.

My husband. My health. Being able to see, hear, and walk. Being able to read complex literature. Living in a quiet, gentle neighborhood. My capacity for optimism. All of the colors in the spectrum. Joe’s O’s on the kitchen shelf, milk and Dole Orange Peach Mango juice in the refrigerator. And so on.

Unless it’s imposed from the outside.

If I had no shoes, and someone told me to think of the person with no feet, I would interpret it as, “Shut up about your problems; I don’t want to hear it.”

Any kind of complaint or lament, no matter how justified, is labeled “whining.”

Unless it gets in the way of better.

I was grateful for my office job until I was laid off three years ago. I had been working outside the home constantly since 1991. In that time, I often dreamed about working out of the home (as a writer). I sold a handful of short stories (and one biography of Medgar Evers), and tried to sell some screenplays, but I never fought that hard because I had the steady job to fall back on. When that was gone, I was on my own. I started working from home and soliciting my own business. So far, I’ve had some victories, but less than I wanted so far.

I often wonder if I had been bolder earlier in my life, would I be financially secure right now? If I had been reaching for more instead of nesting in gratitude, perhaps I’d have more digits in my bank accounts.

But attitude gets things moving.

Posted by Jennie Brown Hakim at 12:00 PM No comments: 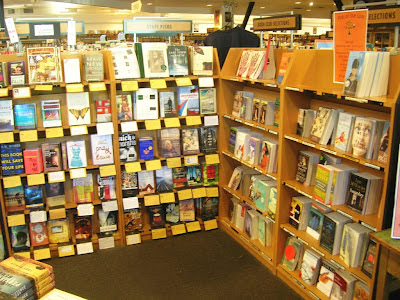 
There are two reasons to give a book a five-star review online:

1. You loved it – for its writing, for its message, for the way it showed you a fact of life that you never realized before – and you feel that others will benefit from a reading.

As a writer, which five-star review would you rather have?

Or does it matter, as long as the end result is more sales?

What is a writer supposed to do to let the world know about his or her new book? Especially if it’s self-published, without the backing of a major publisher?

Well, telling the people you know is a start.

Informing social media is another.

Calling local newspapers and radio shows for interviews is also a good idea.

Some writers, though, turn to entrepreneurs who offer superb reviews for a price. The New York Times recently profiled one such person, Todd Rutherford, who ran a service called GettingBookReviews.com. It started with Rutherford himself offering to do one good review for $99. Then, he offered 20 reviews for $499, or 50 for $999.

Orders started pouring in – so much so that Rutherford found that he couldn’t keep up with the demand. So he outsourced some of the work to freelancers, and, as is often the case, paid them a fraction of the “retail” price - $15 per review.

What is wrong with a guy seeing a need in the marketplace and finding a way to fulfill it?

If you’re a reader, you may get tricked by five-star reviews of a book which may be in fact mediocre – or worse. For someone with a small book-buying budget, a mistake can have a painful cost. Amazon does refund ebooks, but no later than seven days after purchase.

If you’re a writer, and you don’t have $999 (or even $99) to spare to buy reviews – or you insist on getting reviews the old-fashioned way, by earning them through word-of-mouth – you may feel that you’re at an unfair disadvantage.

If you write good reviews for pay, you are also in an ethical trough. Suppose you read the book and think it’s not all that. The person who bought your review expects a positive one. It is hard not to give people who pay you exactly what they want – no matter how you feel.

Paying for good reviews introduces duplicity into a system which relies on honest voices (a data-mining expert in the NYT article says that up to one-third of consumer reviews on the Internet are fake). And it is not easy to filter out the paid-for reviews, given that thousands pour in each day.

I have two e-books out in the market, Goody Ideas and It is OK. (You can find out more about them and get links for purchase at my website.) Of course I want more readers, and I want them to like the books and leave good reviews.

But I want those reviews to have roots in truth, not commerce.

I’d rather have an honest one-star review than a five-star review from a paid-for reviewer who didn’t “get” my work.

But they do finish with their heads held high.

Posted by Jennie Brown Hakim at 1:49 PM No comments:

A meditation on beauty

Last Labor Day weekend, one of my activities was taking myself on what Julia Cameron calls an “artist’s date.” I went to the Bowers Museum to view the exhibit called “Fabergé: Imperial Jeweler to the Stars.” 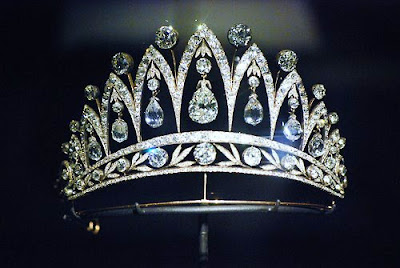 You know Peter Carl Fabergé for the jeweled eggs that he created for European elites, especially the pre-Revolution Russian royal family. This exhibit didn’t have the eggs that opened, but there were more than enough marvels in store – from egg charms to presentation boxes to bell pushes (used to summon servants) to cigarette cases (some of which I would have loved to given Two Dogs) to table clocks. 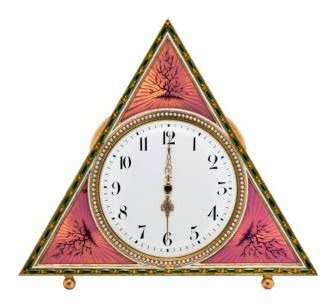 (If you are in the Santa Ana, California area between now and January 6, 2013, I highly recommend visiting this exhibit. On the first Sunday of every month, Target sponsors free admission to the museum, a bonus that I took advantage of.) 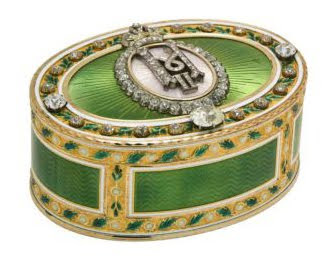 Looking at these finely crafted objects was a meditation on the nature of beauty. It may be that beauty is less subjective than we think. No matter where we’re from, we can agree that the objects of the Fabergé collection are beautiful. We can also agree that a pile of excrement on the street is ugly. It is difficult to believe the maxim that “everything is beautiful in its own way.” Everything may have a specific purpose, but there is an inevitable hierarchy of beauty.

Some will look for a lesson about getting what you give in the examples above. It took hours of painstaking work to create one tiny Fabergé egg charm, whereas an animal can dump excrement on the street without thinking about it. Yet, we can find cases where the opposite is true. Flowers do not need to spend effort on their beauty, while architects have slaved over blueprints and construction workers have toiled for months for results like this: 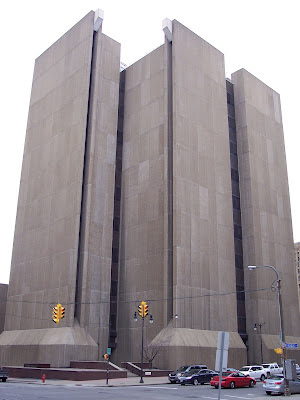 This is the Buffalo (New York) City Court Building, which is a good reason not to live in Buffalo.

Take every chance possible to view beauty, whether it be at the museum, the antique store, or your own backyard. It is, I say, one of the best tonics for the soul.

Posted by Jennie Brown Hakim at 12:09 PM No comments: