A question for the end of the month... 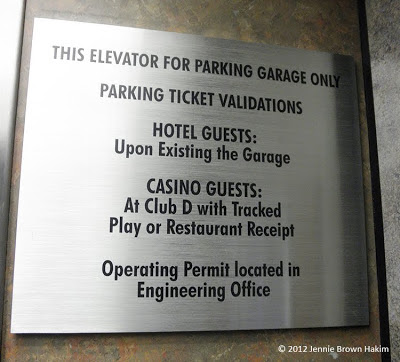 Please tell me how to "exist" a garage.

Posted by Jennie Brown Hakim at 2:40 PM No comments: 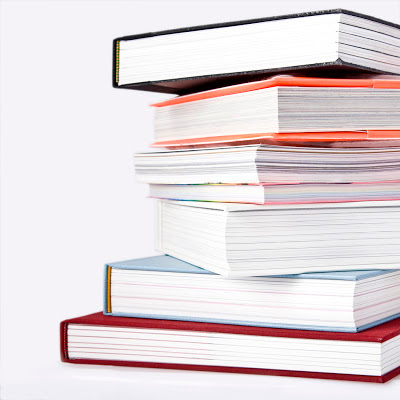 (I was glad to find this old essay, just because it reminded me of books that deserve my rereading.)

Wherever I go to work, do errands, or travel, I always bring a book along. When I am reading, I am never lonely, for throughout my life books have been my truest friends. No matter what time of day it is, no matter where my mind is at, books are at my side, never judging, always helpful - even if to take me away from my problems for a little while.

The words that came from people’s mouths were not always good to me. From them, I learned fallacy: I was ugly. I was stupid. I danced like a rhinoceros. I would never have the joys of marriage. I didn’t deserve the good things in life.

The words of people were untrustworthy. They lied to me. But the words of books speak the truth, even when the label on the outside is “fiction.” It is true that lessons taught from experience remain with you in a way that lectures never can. It is also true that a book can be an experience. It will be impossible for me to list all the lessons I have learned from books in this tiny patch of time. But these four are standouts:

From Margaret Mitchell’s Gone with the Wind, I learned that a compatibility of souls, not a temporary physical attraction, is the basis of love that lasts, and that you may not get a second chance no matter how sorry you are – so take care in what you say and do to others.

From Elithe Hamilton Kirkland’s Love is a Wild Assault, I learned that a woman’s choice of husband is perhaps the most important choice she will make in her life - and that making a good choice is far, far more difficult than any advice can convey.

From Oriana Fallaci’s The Rage and the Pride, I learned that all cultures are not created equal – that it is perfectly okay, in fact vital, for free societies to denounce and fight back against fundamentalism of any stripe.

From Don Miguel Ruiz’s The Four Agreements, I learned that “whatever you think, whatever you feel, I know is your problem and not my problem. It is the way you see the world. It is nothing personal, because you are dealing with yourself, and not with me.” I only wish I could have read these words when I was thirteen.

Now it is time for me to write a story which will be water to a parched soul.

Labels: books, Gone with the Wind, lessons, Love is a Wild Assault, reading, The Four Agreements, The Rage and the Pride 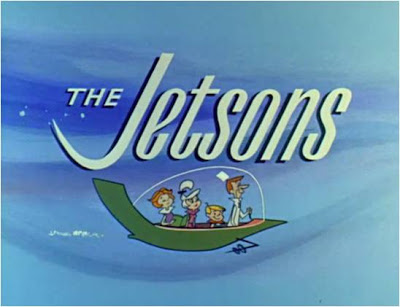 You know what’s great about Netflix? It has so many TV series in stock so you don’t have to depend on your regular channels if you want to see, say, Spock lay the smackdown on Kirk in the original Star Trek episode “Amok Time”. You don’t have to be a premium cable subscriber to watch episodes of True Blood or Penn & Teller’s Bullshit (if you haven’t, watch it! - c'mon, you're not afraid of "strong language", are you?).

If you read a story online which reminds you of a series that you haven’t seen in years, if not decades, you can rent that series and remember why it was special enough to warrant a story – or a shipload of stories, in fact. The Smithsonian website has a section called Paleofuture, or what the future was supposed to look like in the past. One prime example of paleofuturity is The Jetsons, which first appeared on ABC in 1962 (like the Rolling Stones and James Bond movies, it’s been around half a century).

I got to meet George Jetson, his boy Elroy, daughter Judy, and Jane his wife on NBC a decade later. Like nearly all people who watched The Jetsons the first time, I saw it in black-and-white. (I would not live in a household with a color TV until I was fifteen, too old for Saturday morning cartoons.) Watching the series via Netflix means I’m watching the series in color for the very first time. The Jetsons is a show that needs color.

Still, back then I enjoyed The Jetsons almost as much as I did Richie Rich comic books, for just about the same reasons. In the Jetsons’ world, cars took flight, apartments were uncluttered, moving walkways and jet tubes took you places, and no one was poor. (Well, except for the hobo that inherited “The Flying Suit”.)

I did not notice back then that the animation was uninspiring (for Hanna-Barbera, quantity trumped quality), there were more fat people on the show than non-white people, and the number of George vs. Spacely (his bombastic boss) plots were tiresome. (How many times can a guy get fired?) I did not ask what the ground looked like, or what kind of fuel the flying cars used (and where it would come from).

Today, the future doesn’t look so bright from where we are now. Scientists fret that dealing with climate change will be the major task of human beings tomorrow, not building in the sky and riding flying cars. Dystopian future fiction far outsells utopian future fiction – I wonder if any major publisher will even take a chance on a positive future book? Optimism about the future is called folly, denial, living in la-la-la land.

What do I say to that? No one knows exactly what the future will be like. Not scientists. Not authors. Not TV show creators. Not even psychics.

We close our eyes at night and trust that we will open our eyes to the next day. Without that trust, we couldn’t make plans, formulate goals, or live life. If we don’t believe in a good future, we have no motivation to create a good present. If I were a therapist, I would recommend Jetsons DVDs for mental health, not the Hunger Games trilogy.

If you have a Netflix subscription, I say put the Jetsons in your queue in a high spot. If you have to wait, it may be because I’m still going through the series; don’t worry, I’m watching them as fast as I can!

Posted by Jennie Brown Hakim at 8:42 PM No comments:

The Mouse, the Hedgehog, and the Cactus 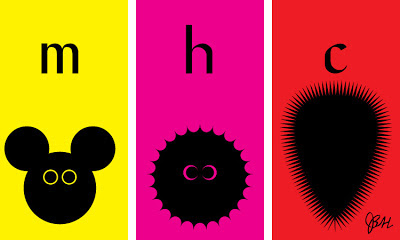 (Note: I wrote this as a speech for Toastmasters back in 2003. That is why it starts with “Speaking…”)

Speaking to a group of people is hard enough. Speaking about yourself - well, where do you begin?

I’m going to begin by introducing you to my zoo. No, I don’t have a menagerie of exotic animals in my backyard. (To tell you the truth, I don’t even have a backyard.)

I’m talking about my miniature zoo of three. Two animals and a plant. And I carry them with me all day long. But it’s my mood that decides which one is ascendant.

Who are these creatures? Let’s start with...

The Mouse is me at my best. She’s a tiny playful creature with fluffy golden fur, eyes like two drops of fresh black ink, ears like tiny pink seashells, and a long tail that zings back and forth.

The Mouse jumps upon the cheese of happiness with all four feet. She is always eager for new adventures and old-fashioned fun. The Mouse has simple needs: a little play, a little food, a little sunshine, and a little hideaway with comfy bedding to sleep upon. She does not know the meaning of the word “stress”. Every moment is an occasion for joy. I enjoy being the Mouse best.

Next in this little zoo comes the Hedgehog. A small hedgehog, a baby perhaps...but her long spines warn one and all: Stand back. I’ve got too much on my plate, and I don’t need more.

The Hedgehog’s one wish is to curl up into a ball and hide. But the world won’t let her. The world tugs at her quills with a myriad of demands: Get up. Go to work. Fight traffic. Go to the grocery store. Exercise. Do the laundry. Cook dinner. Wash the dishes. Answer e-mail. Tug, tug, tug. Is it any wonder that the Hedgehog has one mood - bad?

Underneath all those pricks, though, is a sensitive soul in need of TLC. If the Hedgehog could hide for a while, it would do her a world of good.

But if you think the Hedgehog is tough, watch out for the Cactus. The Cactus doesn’t want to do anything. As in no-thing. Nada. She is just too darn tired. Plus, she is filled with dull gray ash - no flowers can grow on her.

All the Cactus can do is be still. All of us want to be still at times. But my Cactus has a tendency to appear when all I must do is done...and when I can do what I want.

Unfortunately, I’ve been having more Hedgehog and Cactus time, while Mouse time is ephemeral [speaker‘s note: that was the word of the day]. Monday through Friday, I’m a Hedgehog during the day and a Cactus when the sun goes down. Even on the weekends, I’m catching up on what I don’t have time for during the week.

For example, I went to the Ducks game on Sunday night [Oct. 12, 2003]. I was a Mouse when I went in and, because the Ducks lost, a Hedgehog when I came out. And because I lost sleep that night, I was a Cactus the following day.

The trick is to bring the Mouse out as often as possible while respecting the Hedgehog and the Cactus. The Hedgehog reminds me when life is pushing me too far, and the Cactus tells me to rest and renew. Each member of my zoo has a role to play, and my role is to give each one the proper balance. I love all of my creatures, and want to take the best care of them.

Posted by Jennie Brown Hakim at 5:49 PM No comments: