1. A novel that is badly written by someone who made (I can't use the word "earned") at least six figures for it.

2. A book that tells you you’re raising your kids wrong, and if you don’t follow this exact formula, they will end up as criminals, junkies, or ne’er-do-wells forever dwelling in your basement.

3. Any and all Ann Coulter books.

4. Any book titled [Fill in the city] Then and Now.

I encountered more than a few examples of #4 at the library not too long ago. You will find these books in the local history section, and they are also common in souvenir shops all around the country.

Why are Then and Now books Piss-U-Off LiteratureTM? The authors don’t mean to make people angry. They just want to show us how cities and towns looked like in decades past as opposed to today.

Of all of the cool-looking buildings of Then, 90% (at the least) do not exist Now.

If you don’t believe me, pick up any given Then and Now book. I’ll wait…see, I told you so.

American architecture started its aesthetic decline in the late 1960s, and it’s hard to think of any building erected in the last fortysomething years which has a fraction of the grandeur and optimism of the palaces large and small of the past.

In California, many of the old buildings were casualties of earthquakes and/or earthquake codes. I understand, of course, that sometimes a building had to come down for safety’s sake – especially in the days before effective retrofitting. But was it necessary to replace something beautiful with something ugly and boring?

I don’t want this to be a Piss-U-Off BlogTM, so I will not show too many examples of Then and Now. Just this one.

This was the Tustin High School building. If your high school looked like this, it would inspire you to study harder to make it proud. 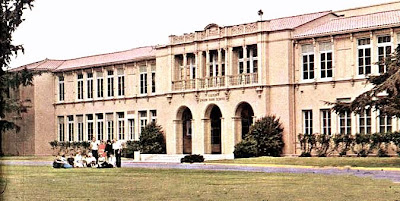 Unfortunately, this school was demolished in 1966 due to earthquake codes. Here is what Tustin High looks like now: 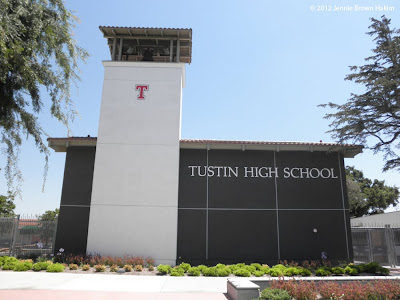 It wouldn’t even inspire grass to grow, would it?

Why couldn’t the Tustin city fathers (and they were fathers back then) rebuild the new school to look the same as the old one, only with better materials? Well, no one asked me. (If they did, all I could say was “goo.”)
Posted by Jennie Brown Hakim at 1:51 PM No comments:

I had a compulsion to go to the cemetery on Memorial Day. 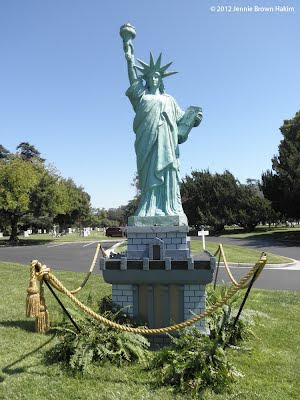 There is so much to remember. 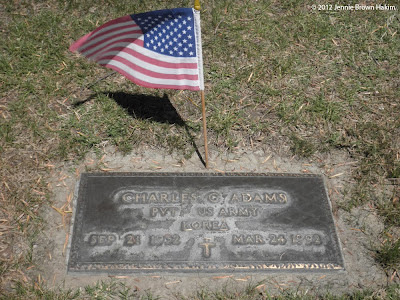 I know no one who is buried here, but still I knew I was to step reverently. 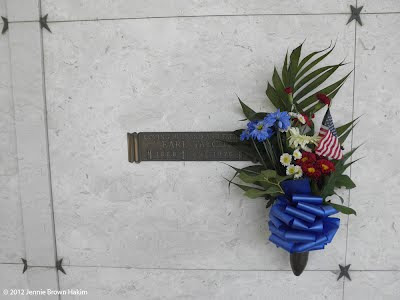 After every war, we ask ourselves, "Was it worth it?" We should ask that question first. 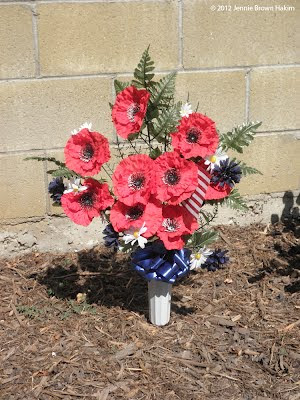 Whether righteous or not, war has its brutal price. 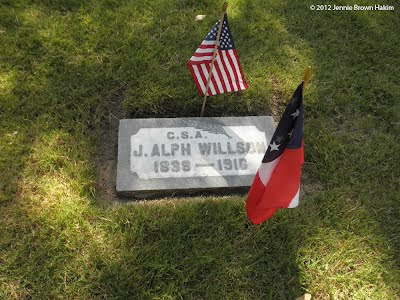 We lose a brace of kinsmen. 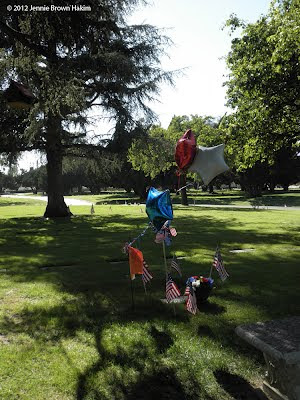 Must we always go through the darkness to see the light? 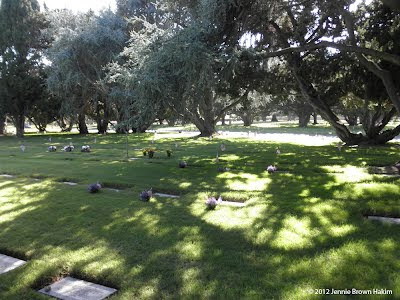 Life is not a checklist 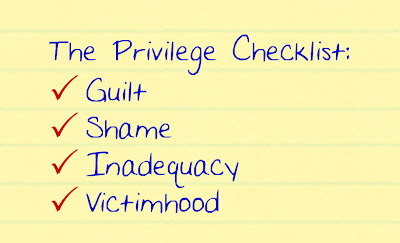 Have you seen “privilege checklists”?

I see an implicit message in privilege checklists – “You are getting unearned and unfair advantages because you were born what you are.” But what about unearned and unfair guilt? A person can’t take privileges; someone else has to give them. The burden of privilege belongs to the giver, not the receiver. If the head of HR has bias against blacks and Hispanics, does the white person who eventually gets hired share in the blame? I think not. This is how privilege checklists alienate potential allies to the cause.

There’s another implicit message in privilege checklists, this one for the disadvantaged groups – “Your life is going to stink because you were born what you are.” Privilege checklists, in emphasizing all of the negative parts of being born female, gay, transgendered, etc., etc., create a heavy cloak of victimhood that serves no one, least of all the historically disadvantaged.

The truth is, life has good and bad in store for everyone, no matter your accident of birth. A person in a historically disadvantaged group can be upbeat, cheerful, and prosperous…and straight white men can end up depressed, chemically dependent, and living under bridges.

Humans have great privileges…among them the ability to think, to create, to reason, and to enjoy. (If you can’t do any of these…well, that is a story for another post.)

If you write anyone’s biography, it will certainly not look like a checklist. Thank goodness.

Posted by Jennie Brown Hakim at 10:28 AM No comments:

A walk (and a thought) in the park

Last Sunday, I took a walk in Mile Square Park in Fountain Valley. I used to go there more often in the past (I used to exercise on the fitness path, using all of the exercise stations – I can still feel the burn, as well as the joy of enjoying a cool treat at the 7-11 across the street.)

I chose this park because I was looking for baby ducks once again – and not only did I find baby ducks, I found baby geese: 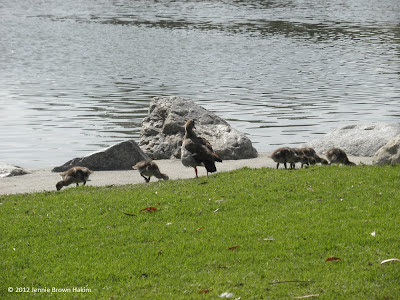 For this meandering mouse, a walk is never just a walk. This day’s pondering was about the nature of freelance work.

Working freelance and creating my own schedule means I can take a walk in the park any afternoon of the week – not just Sunday. That is freelance privilege.

Working freelance and creating my own schedule also means that any waking hour is a potential working hour. That is freelance responsibility. That is why I asked myself why the hell was I out here – even on a Sunday afternoon.

I would not have thought that if I still worked in the office. 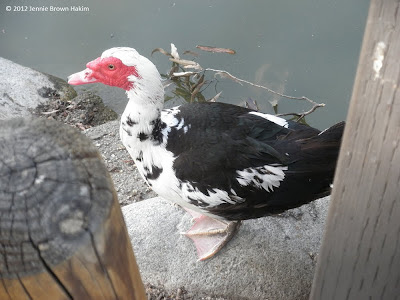 And what are you, my fine fellow?

But wait – walking, and other physical activity, is important to my freelance career. I am no good to myself or my clients if I am overstressed and itching to get outside. Walking keeps me alert, creative, healthy, and happy. It is not at all a waste of time.

I want to get back to Mile Square soon, on a weekday, perhaps in summer when bike rentals are available seven days a week. If I can get Two Dogs to come along, perhaps we’ll rent a two-seat surrey bike (wait, it has four wheels so it's not really a bike).

After all, meandering also happens on wheels.