Look for inspiration, not mere information 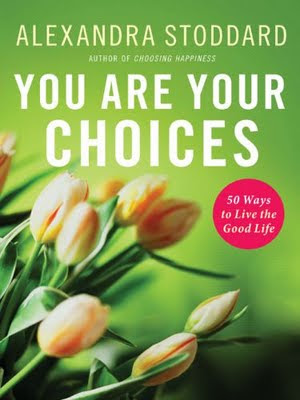 Alexandra Stoddard , one of my most-trusted wisdom brokers, wrote this in her book You Are Your Choices (Chapter 5, “Information Is Not Inspiration”):

“One hundred years ago no one could imagine the flood of information that would be available today. You could drown in it if you’re not careful. The Information Age first dawned in the 1970s. An abundant amount of publications were available, along with manipulation of information. Through the use of computers and the Internet, we can learn about anything we choose to know. We can collect facts and data in an endless stream. The Internet is limitless; it is overwhelming. . . .

Bob O’Brien, a prize-winning journalist and writer, advised me when I first began to write not to read the newspaper before I began my work. The human mind has limits to how much it can absorb. We can know everything, but not know anything about how to live. We have to be careful not to clog our minds with bad news that cannot inspire.”

The Huffington Post is at the top of my news bookmarks. I pay a visit nearly every day. But recently, I do not stay as long as I used to, mainly because (with few exceptions) it is filled with “bad news that cannot inspire”, celebrity “news” that cannot inform, and trivia that does nothing but take time away from the inspiration that I really need. I still admire Arianna Huffington for her political courage and good works, but I must be honest about the site. I do not leave the Huffington Post feeling better about myself and my world.

Sometimes mere information is helpful – such as knowing if the library is open on Sunday, or mapping out the location of a coffee shop that you’ve wanted to try. Other times it is not helpful, or even worse – when you turn on your local news to learn about the weather, you hear about a murder case that darkens the rest of your day.

The answer may be to ask yourself, before you open a web link:

Is this something I really need to know?

Will I be more inspired, more energized, more hopeful after reading this?

Is this the best use of my precious time?

Don’t get tangled in the briar patch of information – reach for the sweet, healthy fruit of inspiration.
Posted by Jennie Brown Hakim at 9:35 AM 1 comment:

Things I used to think were glamorous 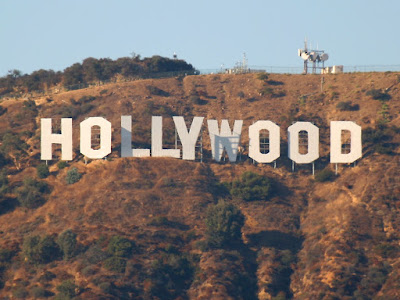 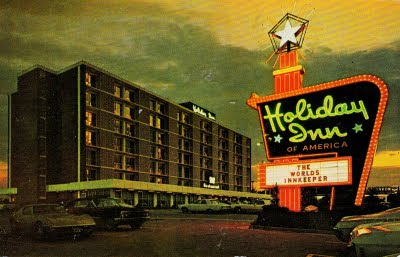 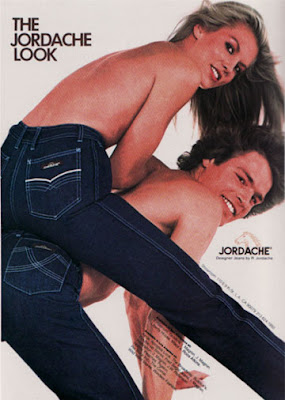 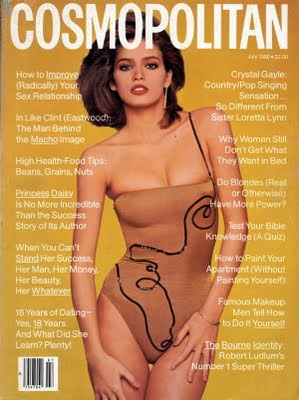 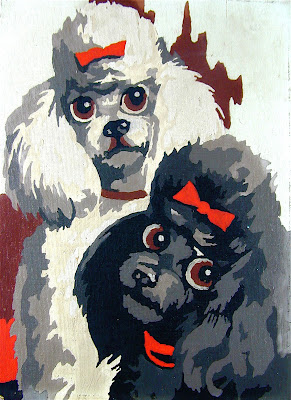 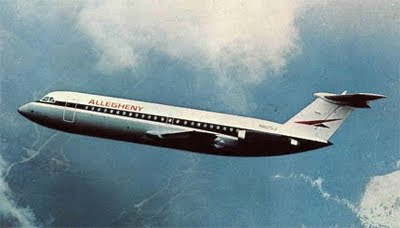 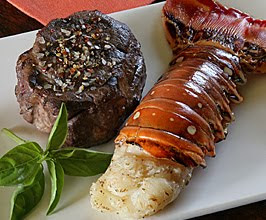 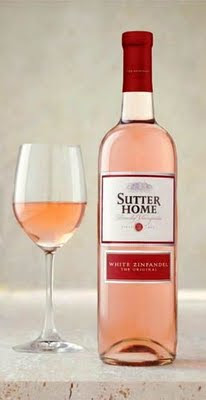 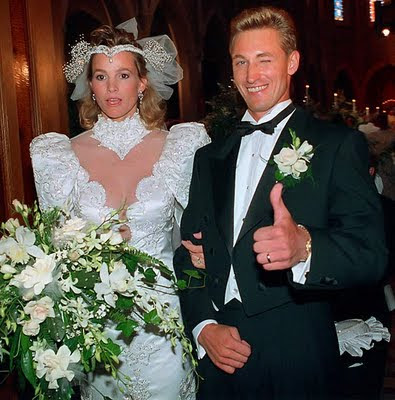 Teased hair
Wearing a suit to work every day
Satin shirts worn with high-waisted black pants
Sitting at the bar with “the girls” and gossiping about other people
Ultra-shiny lip gloss
Letting other people tell me what is glamorous
Thinking that good things are out there, far away, and will come someday
Posted by Jennie Brown Hakim at 9:55 AM 2 comments:

Farewell to an old friend – for good 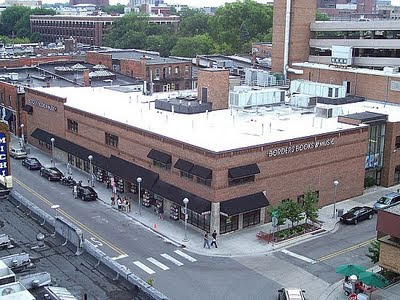 The first Borders bookstore in Ann Arbor, Michigan. Alas, I never got to go there.

Earlier this year, I lamented the loss of two local Borders stores. This week, the shoe has fallen off the other foot.

Borders Stores was unable to find a new investor, and so it will liquidate its assets and go out of business altogether by September 30th.

No more the joy of finding Rewards coupons in my e-mail: 20, 33, or even 40% off regular prices. (Those coupons were why I was able to afford new books, including hardcovers, relatively often.) No more the excitement of dropping by non-local Borders in Mission Valley and Santa Barbara and Westwood and Las Vegas, it was the cherry on top of the sundae called travel. No more the search at the kiosk for my new favorite book. (It’s not always easy to go up to an employee and ask for directions.) How many of the books in my collection were purchased at Borders? I remember every one.

When a small independent bookstore goes out of business, it’s like the fall of a single tree in the forest – a loss to be sure, but the other trees keep the forest strong. Now, a mighty chain – once 1200+ stores strong – is going to disappear. This says something about how we’re reading now.

Last year for my birthday, I received an Amazon Kindle. It has changed my attitude towards books. I have to say that unless a book has color pages (an exception that might go away when I get my iPad), or is unavailable on Kindle, I will probably be spending many more of my book dollars on e-books – perhaps the majority of them. When the independent stores went away, it forced readers to the chains; when the chains go away, more people will choose e-books.

I will never stop reading, of course. The loss of Borders, however, closes the door to a gateway to the magic world of books. That is worth mourning.
Posted by Jennie Brown Hakim at 6:28 AM No comments:

When the priority is beauty

Take a look at this mobile: 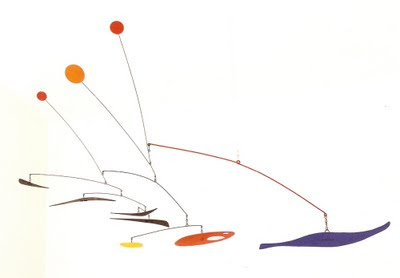 It’s Four Boomerangs by Alexander Calder, an American artist most famous for his mobiles (metal sculptures made to hang from the ceiling and move with the air) Calder is one of my personal favorite artists. Perhaps it started when I saw his mobile Pittsburgh in the old Pittsburgh airport (I remember it being orange, but Calder originally created it black and white and it’s only recently been restored to its original colors; read this story).

I saw Four Boomerangs during a recent visit to the Orange County Museum of Art. (I have made a resolution to visit more museums.) I loved it and all of the other Calder mobiles which will be on display until September 4, 2011 (if you live in Orange County, go!)
In addition to Calder, other artists are on display who have been Calder-influenced.

This is Martin Boyce’s mobile, Fear Meets the Soul: 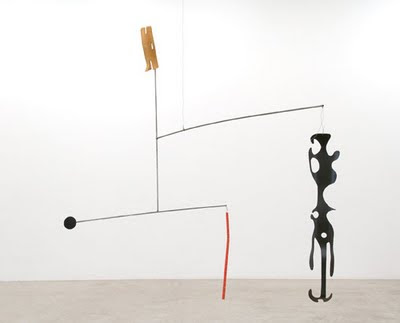 Which mobile would you rather put above your dining room table?

When comparing the Calder works to the others in the museum, I saw that there was more of an effort for the work to end up beautiful with the Calders than with the more recent art.

Artists are creators of worlds. Why not make them pleasing to the eye sometimes?
Posted by Jennie Brown Hakim at 3:23 PM No comments:

Creepy old schools in my hometown

The Internet is a rabbit hole, isn't it?

I won't get long-winded here, but last night a search for outdoor movie screenings in my area turned into an in-depth mining expedition for photos of my hometown, Washington, Pennsylvania. I looked for the Route 19 Drive-In (closed, alas, in 1986), the Gee Bee department store across the highway (also closed), the Cinema 19 which was next to Gee Bee (closed - so many things I remember are closed! That's what happens when you stay away for 35 years).

And then I found these clippings at the Bealsville Cemetery blog. 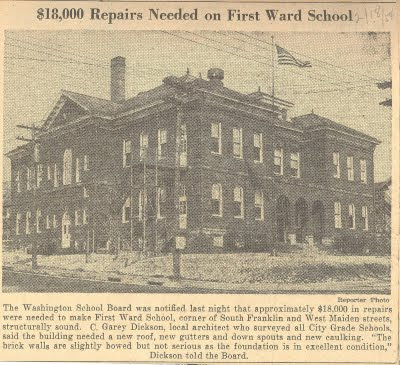 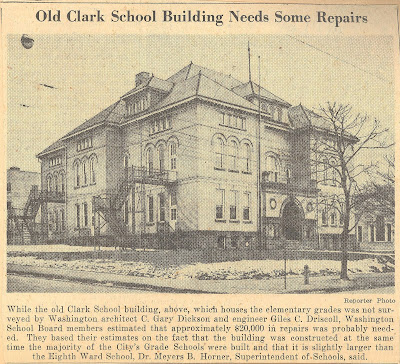 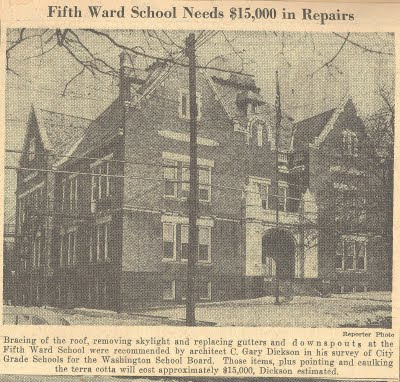 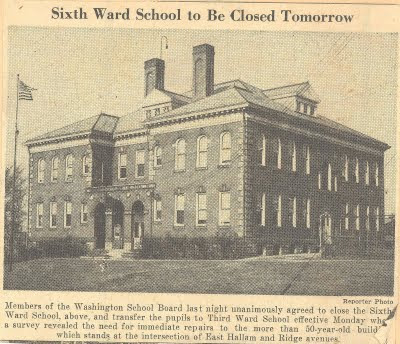 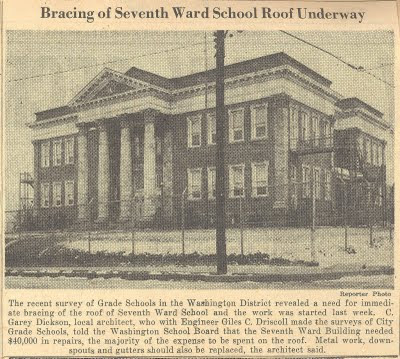 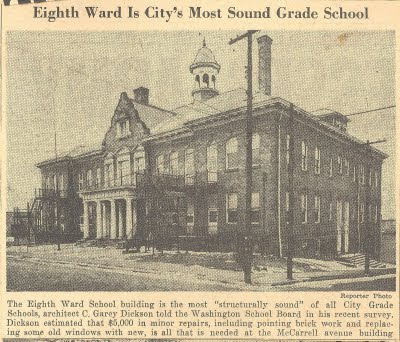 These are the old elementary schools, numbered by "Ward", of Washington. Evidently, they were already getting old way back in 1954.

I have seen some of these school buildings in my lifetime. I have even been inside a couple.

Tell me, what do they look like to you?

Would you have wanted to step foot in any of these buildings as a child?

Would you want to step foot in any of these buildings NOW?

(I am not sure if any of these Ward buildings are still standing, but Washington is using a new facility for education. Lucky kids!)
Posted by Jennie Brown Hakim at 2:37 PM No comments:

Sorry for the lack of blog posts in June...

...but Two Dogs and I have been helping a neighbor take care of his cancer-stricken wife; she died on June 24.

Sometimes, one discovers an opportunity to do good in a visible, direct way. We have no regrets.

Because I had only 32 posts in 2010, I had a goal of writing at least four posts a month. I only wrote two in June. That means in July, I will write six. (Fortunately, that is not too difficult for a Meandering Mouse!)
Posted by Jennie Brown Hakim at 1:23 PM 2 comments: