Wake up and smell the outrage 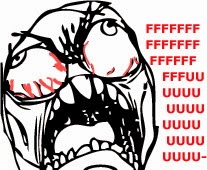 Today, June 2, 2014, I woke up and did what I usually do in the morning – jump to my smartphone to smell the outrage.

“I Could Have Been Elliot Rodger” (if you have the stomach to read that creature’s entire manifesto – I don’t – you will understand that he is nowhere near Everyman, or even Everymisogynist, but way out there in cuckooclockland)

Then Salon – Salon, which was named after intellectual social gatherings but is now, in fact, the left-wing Breitbart:

“8 worst right-wing moments of the week – Bill O’Reilly is so smug that it hurts” (and FYI, water is wet)

“Monsanto vs. the monarchs: the fight to save the world’s most stunning butterfly migration”

“How to save the creative class: universal healthcare and no guns, basically”

“Woman Threatens to Shoot Everyone Dead Over Stale Cinnabon”

“Justin Bieber is So Sorry About Horrible Racist Joke: ‘I Was a Kid’”(this has to be the first and last time I mention that guy in here)

And her big brother, Gawker:

“CEOs Make 331 Times as Much as Their Workers Last Year”

“You Need to Stop Reading This and Get a Life”

The last one is a headline that should have been there. Really.

I need a new morning habit.

What does the information superhighway do for us, really? It was supposed to connect us to the wonders of the entire world – and at its best, it still does. If you are aware.

But most of the time it’s like one of those popcorn makers with the big yellow dome. Readers are the kernels, and under the dome they get hot and angry – so hot and angry that they explode and turn themselves inside out.

Here is one recent example which is especially irritating: NPR – yes, NPR, a place that I normally trust for news told with care, put a story about a “racist” ice cream truck song on one of its blogs. That’s right – the ice cream truck in your neighborhood might be delivering racism along with Drumsticks and Popsicles:

For his creation, Browne simply used the well-known melody of the early 19th-century song "Turkey in the Straw," which dates back to the even older and traditional British song "The (Old) Rose Tree." The tune was brought to America's colonies by Scots-Irish immigrants who settled along the Appalachian Trail and added lyrics that mirrored their new lifestyle.

So, a melody which became popular in America in the early 19th century was based on an even older English tune. In the year 1916, one Harry C. Browne added lyrics which were exceptionally racist (I’m not even going to type the song title here).

History – and the public, except for a handful of esoteric musicologists – quickly forgot Browne’s gross lyrics. Now – ninety-eight years later, that’s two years short of a century – this NPR writer drags them out of the dumpster of time.

To what end? To make Americans – specifically, white people – feel guilty about something that they had nothing to do with, namely ninety-eight-year-old lyrics that ninety-nine-point-nine percent of us would find extremely offensive? (Please do NOT tell me that America “isn’t talking about race enough” – one look at any famous news site proves otherwise. We talk and talk, but what exactly is all that talk doing?)

How do we stop this cycle?

Yesterday, I re-read Alexandra Stoddard’s Living a Beautiful Life, and I found the wisdom I needed:

Quiet and calm before the rush of a new day gives you time to reflect on your dreams and visualize the opportunities that lie ahead.
Friends of mine who have the strongest morning rituals are writers who need to tap into the ideas and images developed while they were asleep. Bob O’Brien, a senior editor at Reader’s Digest and author of eight books, advised me not to read the New York Times first thing in the morning. The first hours should be spent being creative.

That makes so much sense, it’s scary.

I need to know the important things that go on in the world.

I don’t need to read all this outrage. All this bullshit. All this meaninglessness.

I usually recharge my phone in the bedroom. What if I did it in the living room instead, so I couldn’t reach my phone right away? (Or grab it when I suddenly wake up in the middle of the night?)

What would I do with myself in the morning instead?

Or, for that matter, throughout the day, because I often check in to the outrage trough sites?