The wrecking ball of loss


Some losses you can prepare for.

A parent’s lingering illness, finally saying goodbye to school, even the yearly end of summer – you know, even if it’s only in your head, that the end is coming and your life is going to change afterward.

Then, you have the losses you don’t see coming. The ones that hit you like a wrecking ball in the middle of normal life. You weren’t ready for this. This wasn’t supposed to happen.

On Tuesday, May 28th, Two Dogs and I lost one of our best friends, Chief Gary Lee Grey Eagle. Chief was getting ready to go to a Fleetwood Mac concert when he dropped dead of a heart attack. Just like that.

We thought that we would be able to see Chief again sometime soon. Perhaps go over to his house, or sit by our apartment pool, smoking cigars (well, the men would), and talking about everything and nothing.

Chief was only in his early sixties. He had lost part of one leg to diabetes, but he said he was feeling better lately. We didn’t predict something like this would happen – not right now.

What are we supposed to do with this?

Regret not taking the time to see Chief more often? Regret the questions we wanted to ask, but didn’t (I wanted to ask Chief if he thought the Washington Redskins should keep that name)?

Remember what he had to say about life? Chief asked Two Dogs to imagine himself as the still, stoic tree, not the agitated monkeys climbing up it.

Think about who and what else we can suddenly lose – including ourselves?

Chief left a hole in our lives which no one else can ever fill. All losses, expected and sudden, are like that. From now on, we will have to live without him.

We don’t know yet. But we will learn.
Posted by Jennie Brown Hakim at 2:33 PM No comments:

What to do with the weird plants? 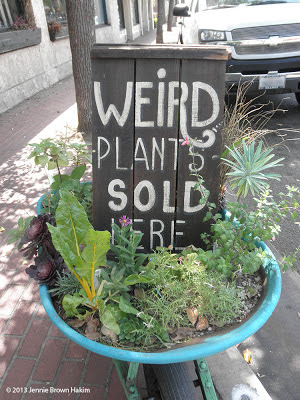 Let's love all of the plants - the weird ones included.
Posted by Jennie Brown Hakim at 7:22 PM No comments:

The beautiful boy and the terrorist

Some posts are born of struggle. Some posts you need to drag out of you, even though they fight you tooth and nail, because there’s a schedule you want to abide by. You don’t even care if it is a post you’re especially proud of. (Unless you use the photo-and-quote formula, which is still a post as far as I’m concerned.)

Other posts emerge from your head fully formed because, damn it, you have something to say.

This is one of the latter posts – and it is here even though I am concerned about what will happen to my reputation afterwards.

But my message is clear, and only a careless reader will misunderstand it.

Yes, people are looking at accused Boston Marathon bomber Dzhokhar Tsarnaev, and instead of seeing evil or hatred, they see “cute.”

Wait, what is this? The latest example of hybristophilia – being romantically/sexually aroused by criminals – which, I have no doubt, has existed since the days of Jesse James?

But some of these “fans” don’t think he is really guilty, and search for anything that could, might prove otherwise. 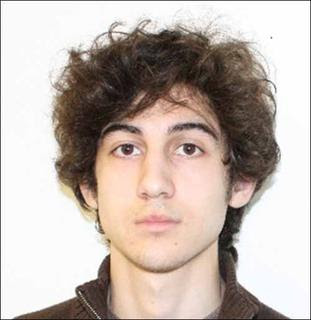 On the surface, Dzhokhar is an example of the beautiful boy, one of the Sexual Personae that Camille Paglia described in her book of the same name. The beautiful boy exists to be looked upon; he has no identity except what his admirers project onto him.

The beautiful boy has no role but being. He has no ideas, no agency, no motive – unlike actual human beings.

What is my point here?

Well…(shuffling of feet, gathering of courage)

It is OK to think that Dzhokhar is cute. It is OK to notice, and respond to, the beautiful boy.

Neither of those means that you are a sick person, or (figuratively) getting in bed with evil.

But do not let that noticing blind you to the facts.

Life is not always either-or. It can be yes-and.

As in: Yes, Dzhokhar is beautiful. And the evidence is overwhelming that he willingly committed terrible crimes that tore apart lives – crimes that will, most likely, keep him in prison for what remains of his life.

It doesn’t feel comfortable, but that’s the way it is.
Posted by Jennie Brown Hakim at 6:47 PM No comments:

It’s become quite the sport these days to put down Windows 8.

It’s too radical, They say. It’s not intuitive. I can’t deal with all these damn tiles. It’s the dream operating system for children of all ages who just wuv pwetty cowors.

I have no problem with it, however.

And in the Meandering Mouse work/play/thoughtspace, that is all that matters.

Windows 8 is radical – and that’s its strength. Instead of tiny shortcut images atop a pictorial background, it is big, bold squares which come alive with a touch – an operating system where our fingers make things happen.

Because my computer is older, it does not have a touchscreen monitor. Unfortunately, that means I’m not getting the full effect of Windows 8. My computer mouse is still a handy helper, but touching a Windows 8 square with a pixelated arrow instead of my finger is a little disheartening.

Which is why touchscreen is a must for my next computer. And it will also be an all-in-one, with the hardware, USB drives and disk drive tucked away in the monitor instead of a bulky, unwieldy tower (which, because I’ve always used small desks, inevitably ends up on the floor and hard to reach). I’m thinking of a computer like this HP Athlon AMD: 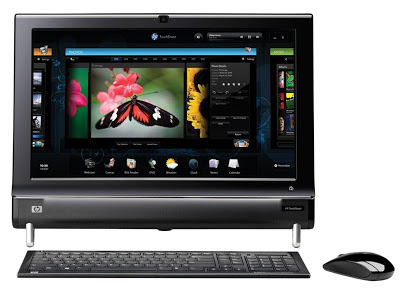 My future laptop must have the same capability. And it must be small and light, because I will be carrying it around often. I’m thinking of a laptop like this Asus Vivobook S200: 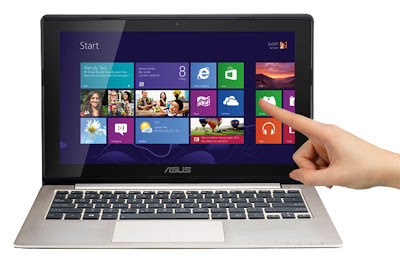 Perhaps that was unequivocally true a decade ago. Today, the distinction is practically meaningless. PC/Android products do the exact same things as Apple products do. Apple still has its mystique and snob appeal, but it can no longer claim “better.”

A few months ago, I would have still considered buying an all-Apple product setup, once I had the funds. A trip to Best Buy, however, changed my mind.

Apple iPhones and iPads have touchscreens. Apple laptops and desktops do not.

Being able to make up your own mind about things through your own experience, instead of basing your opinion on what They say – that’s a skill to acquire and uphold.

(P.S. When I got my computer in 2007, it had Windows Vista installed. Now, They hated Windows Vista with the power of a thousand suns. I never had any problem with it. Imagine that!)
Posted by Jennie Brown Hakim at 1:02 PM No comments: