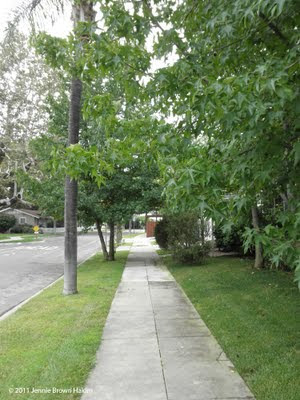 Above all, do not lose your desire to walk: every day I walk myself into a state of well-being and away from every illness; I have walked myself into my best thoughts, and I know of no thought so burdensome that one cannot walk away from it… – Søren Kierkegaard

Posted by Jennie Brown Hakim at 8:19 PM No comments:

So this is why these are called the “dog days”… 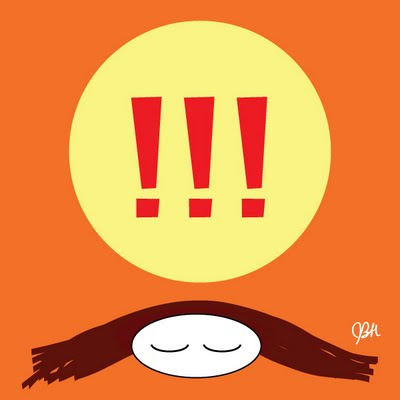 …because you feel like the laziest dog on earth!

If you want to move, better do it early in the morning or just before the sun goes down, or else it will be too Hot! Hot! Hot! (which is only fun in a pop song).

You want to spend all day in an eggshell filled with water.

You question why summer is your favorite season.

You will miss this time when the next chilly, rainy day comes along.

You will stop writing this to watch the sun set.
Posted by Jennie Brown Hakim at 6:57 PM No comments: 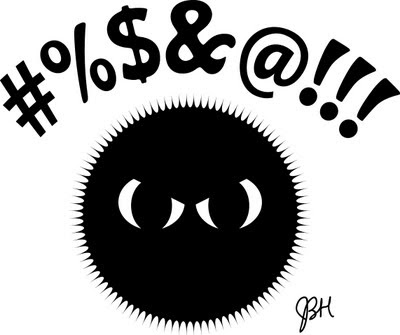 This is the essay about "strong language" that I promised in the last post. I originally wrote it for the This I Believe program on NPR – which is why there is no actual profanity within.

I believe that it’s long past time for people to get over their squeamishness over words. Especially the words I can’t write in this newspaper.

A writer should not be afraid to use all of the words in the vocabulary toolbox – and that includes profanity, when appropriate for the character, setting, genre, and market. Sometimes, words like “nonsense,” “jerk,” “harridan,” and “make whoopee” don’t pack the needed punch. Try using these instead of the profane words and listen to the difference.

One of the canards that I despise is “if a writer has enough imagination, he shouldn’t have to resort to profanity.” That is such a can of succotash on so many levels.

First, it’s the character who’s doing the swearing, not the writer. I rarely curse in my real life, but I happily let some of my characters let rip. Do you think that, say, Dean Koontz is a homicidal maniac?

People who say that profanity and imagination don’t mix are only putting a guilt trip on writers because of their own discomfort with certain words. It’s easier to point the finger at the writer – “How dare you use those words!” – instead of yourself: “I just don’t like seeing those words in print.” But when you conclude, “I don’t think anyone else should see those words in print, either,” you have crossed a line that makes me stand up to fight, because your rights end where my pages begin.

One of the most wildly imaginative writers I’ve ever read is Harlan Ellison. In both his fiction and non-fiction, he takes the reader to unearthly worlds of terror, absurdity, and delight, his words spinning dizzily in a fractal explosion. And he’s not afraid of the judicious use of profanity. On the flip side, you can go to any bookstore in the country and find prose as flat as a can of Pepsi left opened on the dock from sunup to sundown -- but it’s A-OK to some of you out there, because it’s free of that awful profanity.

For those who say that profanity is the proof of a dull mind, I give you Quentin Tarantino and his screenplay Pulp Fiction, in which the profanity adds flavor to the prose like Lawry’s seasoned salt does with white rice. For those who believe that cursing just sounds ugly, open your mind and taste the tart hard candies that shoot from Steve Buscemi’s mouth in Fargo.

“But what about the kids?” you ask. What about them? The material mentioned above isn’t meant for them. And if your kids are eight years old or over, it’s too late anyway. They’ve already learned all the profanity they need to know in the schoolyard. Or at home.

And these are only words. Words that float in the air and feel like nothing. They are not fists. Not guns. Not bombs. Do you really think that a rapped profanity drifting out of a driver’s car window is going to scar your children for life?

Grow up. Please.
Posted by Jennie Brown Hakim at 6:07 PM No comments:

Does my vocabulary suck? 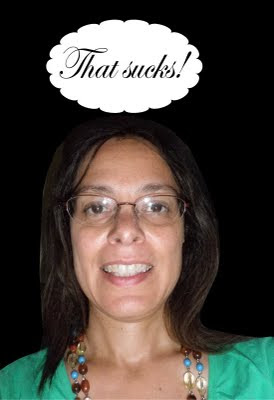 While I give the words in my mouth a security check before I let them out of my mouth, my mind is far more spontaneous. For example, if I hear something as obvious as the I.Q. of someone who would wear a hat with teabags dangling from the brim (aside: what a waste of tea bags!), I think: No shit, Sherlock! I don’t think a day goes by without my synapses going, NS, S! – but I have never said it out loud. (I think.)

I also have the same relationship with the word sucks, as in something being notably subpar (not something engaged in the act of suction). The words That sucks! pop into my head like toaster pastries whenever I am in stuck in glue-speed traffic, listening to a stultifying lecture, or gazing down at a flat iron-less meat section at Ralphs. (If you live in California, Ralphs sells a great flat iron steak.)

I have to admit that I sometimes feel shame for my thoughts. Why? Because as an English major and a (for now) semi-professional writer, I should be able to form thoughts without the use of, um, “strong language”. At this point, my rational side will stand up and scold me for taking the cursing-is-a-sign-of-an-unimaginative-mind canard seriously. (I wrote an essay about cursing a few years ago – maybe that will be my next post.)

Just what is wrong in thinking, or even saying, the word sucks if it fits? As the T-shirt from the 80s said, poverty sucks. So does war, fundamentalist religion, abuse, and rotting shellfish. What is wrong in thinking or saying No shit, Sherlock! if someone on the radio says, “Consumers lack confidence due to uncertainty over the economy,” or, “Fried Twinkies are a uniquely American treat.”

If the word fits, use it!
Posted by Jennie Brown Hakim at 6:01 PM No comments: