I just finished a fascinating book called Twelve by Twelve: A One-Room Cabin off the Grid and Beyond the American Dream by William Powers. Powers, an environmental writer and activist, tells of his experiences staying in the 12’ x 12’ house (technically, a shed) of his friend, “Dr. Jackie Benton” (not her real name) in North Carolina. “Jackie” (a woman of such modesty that she doesn’t use her professional title) lives this way because in North Carolina, a structure 12’ x 12’ is legally too small to be a house, and therefore not subject to taxation. “Jackie” refuses to fuel the American war machine. Of course, if your house is not really a house, you won’t receive electricity or sewage from the state, either. (Powers used candles at night, a solar shower for bathing, and a composting toilet under the porch.)

One of my goals is to live a simpler life. I want to live with less stuff overall. The less stuff you have, the lighter you live and the freer you are. I could be content in a 1 BD/1 BA condo or apartment. But I cannot live 12’ x 12’ with no electricity and no plumbing. Well, in theory I could, but I would not be a very happy Meandering Mouse. 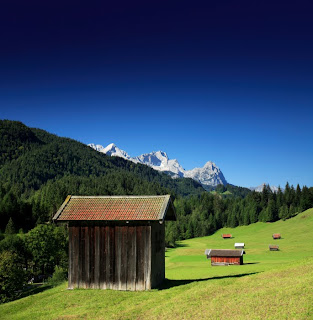 Practically speaking, I need electricity so I can do my writing and graphics work on my computer. Emotionally speaking, I want to be able to take a bath indoors once in a while, open the refrigerator for cold drinks, and watch movies on DVD. Viscerally speaking, I do not want to deal with “humanure” (even if it is good for the garden).

Even for those who will not take simple living that far, Twelve by Twelve is a beautifully written book that will open your mind to asking: What do I really need to be happy? Is there more to life than being a consumer? Are American exceptionalism and individualism insurmountable obstacles to making sustainable living the norm?

I love books that help me to ask questions.
Posted by Jennie Brown Hakim at 5:25 PM 1 comment:

I take pride in the fact that I am practically immune to the lure of TV commercials. I can appreciate a catchy tune, clever humor, or the dichotomy between what was important then and what is important now when I watch the old one – and still not be tempted to buy.

Pay special attention to that word “practically”. If I were in the market for a new vehicle, I would definitely consider the Kia Soul, just because of this:

What is cuter than a rodent? Human-sized rodents wearing hoodies and getting all hip-hop in your grill.

Strangely enough, I relate more to the hamsters cruising along in the toasters and washing machines. Not because the car I drive now (Toyota Corolla) is in any way comparable, but because professional rejection makes me feel toasted and tossed in circles.

Why don’t I see myself as one of the dope hamsters rolling in the Soul, taking charge of life? Maybe self-depreciation is something else that I have no more time to waste on (see previous post ).

Black Sheep is still right: The Choice is Yours.
Posted by Jennie Brown Hakim at 5:13 PM No comments:

The time to waste on waste is over 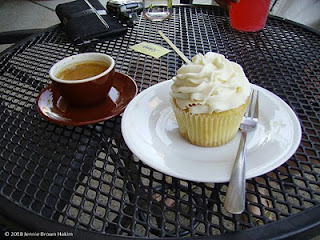 This post is not going to be one of those maudlin, no-one-cares-about-this-but-me essays. At least, I hope it doesn’t come out that way. (I’m writing this early in the morning.)

But it is highly possible that I have passed the halfway point of my lifespan. That means the time to waste on waste is over.

Waste in the form of watching television I’m not really into (which means about 99% of what spews out of the glass teat* these days).

Waste in the form of reading text online that doesn’t give back. (That is especially true of comments sections – but not for this blog!)

Waste in the form of not listening to the audio files I download.

Waste in the form of not spending enough time outdoors.

Waste in the form of not making bold statements out of fear of other people’s blowback.

Waste in the form of not having confidence in my professional abilities.

Waste in the form of not charging enough for my work.

Waste in the form of worrying that I might end up in a Wal-Mart uniform.

Waste in the form of not spending enough time with Two Dogs.

Waste in the form of making this post longer than it needs to be. (I have so much more to do and be today!) 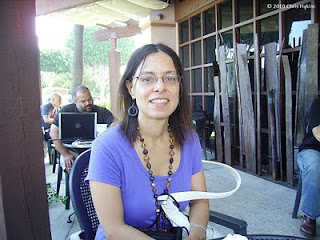 * Thanks to Harlan Ellison for this metaphor. Find and read his books The Glass Teat and The Other Glass Teat, please.)
Posted by Jennie Brown Hakim at 10:05 AM 2 comments: 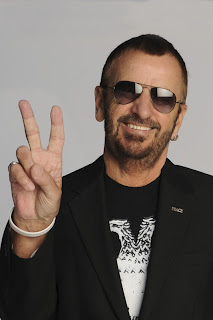 I don't care what Social Security says - I say it's at 70 when one crosses the line into elderdom, and I am glad our Ringo is there. (He did say in the New York Times that he felt 24, which is OK, too. Sometimes I feel 16, and sometimes when my knees creak I feel 55!) Let's all hold up the peace sign today.

I can't help thinking, if only John Lennon could have crossed this border in October of this year. One comforting thought is that people do not really "die" as long as the living remember and keep their ideals alive.

Peace (that means an attitude of calmness and serenity in the face of adversity) and love (and if you can't swing love, at least respect).
Posted by Jennie Brown Hakim at 4:18 PM 2 comments:

Those uncomfortable gray areas of life 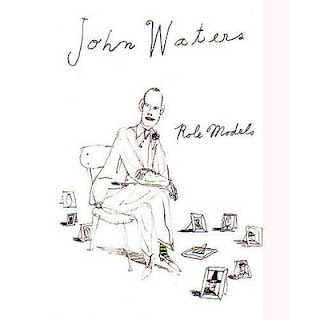 “I have a really good friend who was convicted of killing two innocent people when she was nineteen years old on a horrible night of 1969 cult madness. Her name is Leslie Van Houten and I think you would like her as much as I do.” 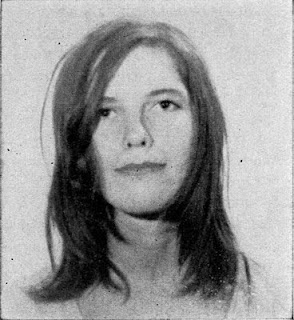 So writes John Waters, director of such cult classics as “Pink Flamingos” and “Hairspray”, in his new book Role Models (which I read a few days ago). Reading the story of Leslie Van Houten pushed me into the moral gray zone, where the thinking is hard and uncomfortable – as thinking should be every now and then.

I aim to keep outright ugliness out of my blog, so I will not give explicit description of Ms. Van Houten’s participation in the murders of Leno and Rosemary LaBianca. Although her role was not as vicious as that of the other participants, it is still bad enough. You can look it up yourself if you wish.

Leslie Van Houten is now 61 years old and has spent 41 of those years behind bars, save for a six-month period of freedom between trials in 1978. She has taught fellow inmates how to read, recorded books on tape for the blind, worked in high-responsibility clerical jobs, and earned a master’s degree in philosophy from Anitoch College. She has gotten clean from drugs, completely repudiated Charles Manson, and has apologized for her crimes time and time again.

I would not be afraid if Ms. Van Houten were to be paroled. However, I will not get a chance to not be afraid, at least not for three more years, because today she was denied parole for the nineteenth time. Robert Doyle, the chairman of the California parole board, gave this reason, according to the Huffington Post: “[S]he had failed to gain complete insight into her crime and its motivation.” Whatever that means.

Countless others have served far less time for murders just as cruel, if not more so –such as Steve “Clem” Grogan, another Manson Family member, was paroled after serving 14 years of a life sentence for the murder of ranch hand Shorty Shea. Countless other murderers have been paroled without the mitigating factors of brainwashing or drug influence. I believe, as many others do, that the only reason Ms. Van Houten has yet to be paroled is because this is “Helter Skelter” we’re talking about – tied with the O.J. Simpson murders as the most notorious of the 20th century. It’s a psychic stain as red as the lettering of the title of Vincent Bugolosi’s book .

Would I even think about parole for Ms. Van Houten if she had done that to someone who I loved?

Would I even think about parole for Ms. Van Houten if she had, for example, drowned five of her children in a bathtub?

Would I even think about parole for Ms. Van Houten if, instead of someone I admire like John Waters vouching for her, Sarah Palin was calling for her release?

It's as gray as a January morning in Seattle.

Apology is nowhere near adequate when it comes to murder, and forgiveness nowhere near possible. (The only people who truly have a right to forgive murder are the victims.)

But what about fairness? Is it possible to mention such a word in this case?

But it's a thought that will keep me up tonight.
Posted by Jennie Brown Hakim at 9:25 PM 3 comments:

Why it's just not cool to say "God Bless America"

Today is America’s Independence Day, and I know that all of us will be hearing the songs of patriotism, including our national anthem “The Star-Spangled Banner.” I don’t think that was a good choice of anthem for three reasons:

1. It describes one tiny piece of our history (the Battle of Fort McHenry in Baltimore during the War of 1812),

3. The music is grating and often hard to sing.

I think “America the Beautiful” would be a better national anthem; it is musically superior and describes exactly what is great about our country (“spacious skies,” “amber waves of grain,” “purple mountains’ majesty,” etc.) 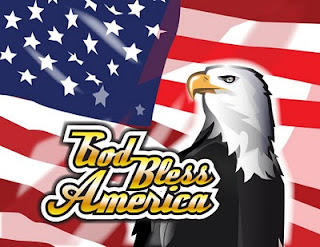 Those who believe in a God that is capable of blessing nations should be more Christian and ask that God to bless a nation that really needs blessing. Like Afghanistan, for example. Or Iraq. Or Sudan. Or Haiti.

“Christians” who have “God Bless America” bumper stickers on their cars, and who insist that America is the greatest, suffer from the same disconnect that people who boast about going to church every Sunday but refuse to give a dime to the homeless people they pass by on the street – outer piety that is obviously failing to hide inner selfishness.

To close this Independence Sunday sermon, think about what is great about America (such as the freedom to rent of John Waters movies from Netflix), enjoy your barbecues, and don’t even think about lighting firecrackers. It annoys the dogs, the cats, and the mice. Especially the mice with two legs.
Posted by Jennie Brown Hakim at 12:33 PM 1 comment: